This One’s for Africa! 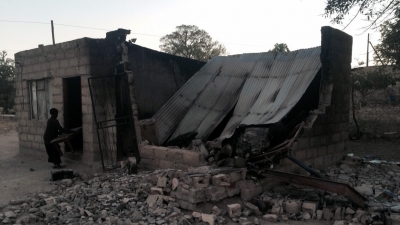 Since 2012/13, AIS Zagreb has been collecting funds to help children and their teachers at the Hundzukani Primary School in Africa.

After traveling to South Africa in the summer of 2012 and visiting a local school, a group from AISZ decided to buy school shoes for fifteen orphans at the Hundzukani Primary School. All we had to do was collect 10 euros for each child. The story even made it to a local news which you can read here.

Here are the projects that have been completed in the last six years: ($ is in Croatian Kuna)

Thank you, AISZ and stay tuned! Because we can!

View the embedded image gallery online at:
https://www.ceesa.org/archive/news/item/2558-this-one-s-for-africa.html#sigProIdd454ac1565
back to top