AIS Vienna Opens with a Bang 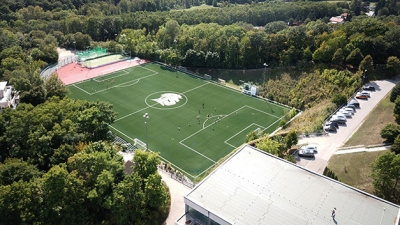 During the summer, AIS Vienna did some major renovations to its athletic facilities.

Aside from the fresh look of the turf the soccer field received state of the art drainage system, which was badly needed because of the proximity to the mountainous Vienna Woods. The area behind the field previously included a small 90 meter track, long jump pit, 2 basketball hoops and an area for high jump all on concrete. The new area is all tartan,has a longer and wider track, improved long jump pit, 3 ping pong tables, an enclosed discus/shot put training area, 2 basketball hoops, high jump area and to top it off an enclosed ‘fun court’ which has a full basketball, volleyball and 5 on 5 soccer court.

The athletic and PE programs will benefit the most from the new area but already in the first few weeks of school we have seen all different types of community members using the new space.