Seven years ago I was living in Thailand when a colleague and I were discussing our school’s upcoming public International Day Fair. It was during this conversation that a seed was planted, and now has grown across schools, countries, and continents. We had both been working on being more balanced and adding more physical activity into our lives. With dance on our brains since we had been doing dance workout videos every morning before school, we decided to put together a teacher dance reflecting pop culture over the years. This was nothing new. In fact, if you google “Evolution of Dance,” you will find something very similar to our first dance that year. In the end, this idea helped balance us in many more ways than just physically.

We ended up with a dance group of ten staff that first year, including teachers and teaching assistants. Coming together for practices built a sense of community and pride within the group. Some staff members were meeting each other for the first time, kindling new and lasting relationships. At the International Day performance, the students thought seeing their teachers dance (some of us not so well) was hilarious. We had majorly just upped our cool factor. Since this fair was public, a community member in charge of a country wide Hot Air Balloon Festival sought us out and asked us to perform when they came to our city! Throughout the rest of that year and the next, our dance group performed seven times at various events!

When I decided to move on, as many international teachers inevitably do, creating a dance group at my new school was at the top of my list. Once again we had teachers, teaching assistants, and staff across sections participating. We even had administrators join in! After our first performance, students were doing the dance at recess and in the hallways. Students I had never met were seeking me out to discuss the dances. The excitement, the buzz, the enjoyment that was created between participants and viewers was overwhelming. The community it built was overwhelming.

I am now at my third school since Thailand and in the throes of preparing this year’s dance. Taking it past enjoyment and community, we are now participating in a fundraiser to raise money for an initiative taken on by a group of students. Although the songs are familiar, along with some dance moves, you can’t google the dance now. Last year, high school students were a part of the planning process and helped with some of the choreography. This year, I created some choreography on my own. We performed at this event with a group of twelve employees last year and now we are up to sixteen. At our first practice, my second year in, I still was meeting colleagues who I had never met due to busy schedules in opposite sides of the school. Students have been popping in my room the last couple of weeks asking if we were performing again this year. The buzz is back. Dance is back. Community is back.

Dance isn’t for everyone. If you were to ask a professional, I’m also not great at it (yet). However, it has brought balance to my life. I get to be social and form relationships with colleagues I otherwise wouldn’t have. I get to be active. I get to laugh at the ridiculousness of it all. I get to take mental breaks from the hustle and bustle of teaching. I get to feel a sense of belonging within the school community and now beyond. So, to all of you, I say, “Dance.” 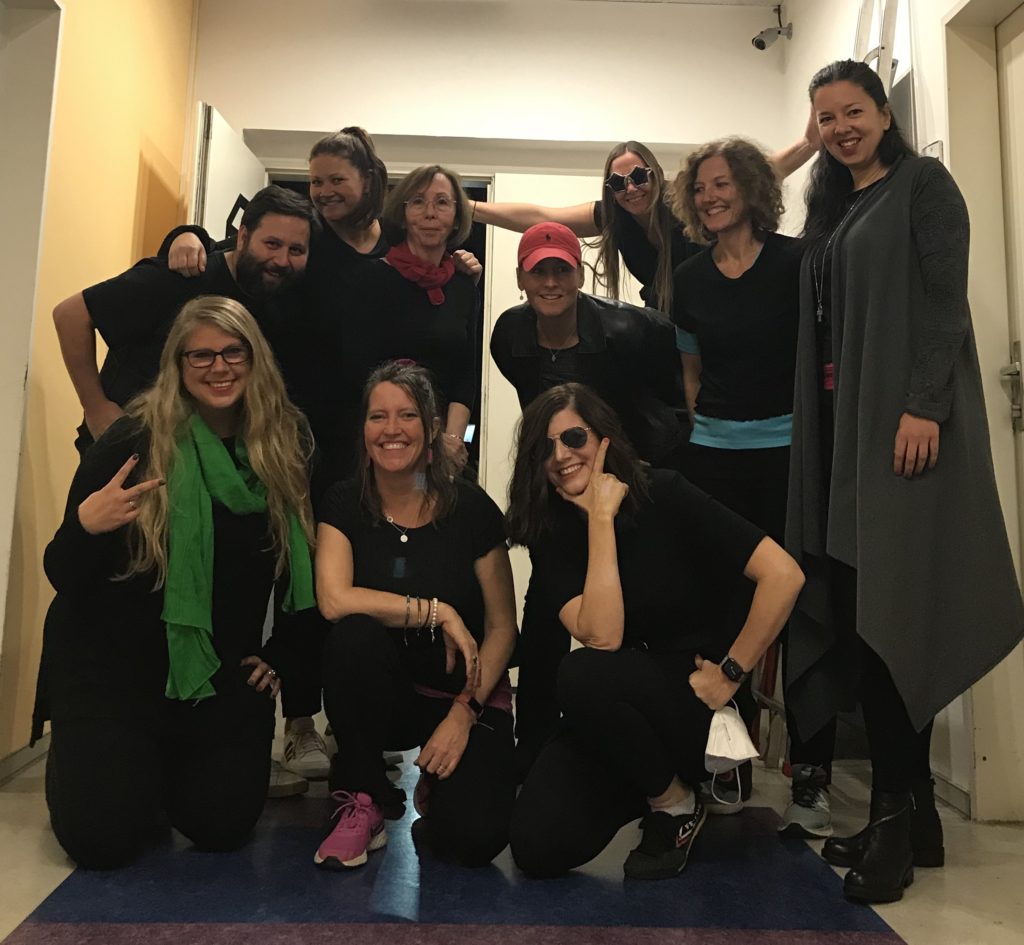 Made BY CEESA TEAM

We use cookies on our website to give you the most relevant experience by remembering your preferences and repeat visits. By clicking “Accept All”, you consent to the use of ALL the cookies. However, you may visit "Cookie Settings" to provide a controlled consent.
Cookie SettingsAccept All
Manage consent

This website uses cookies to improve your experience while you navigate through the website. Out of these, the cookies that are categorized as necessary are stored on your browser as they are essential for the working of basic functionalities of the website. We also use third-party cookies that help us analyze and understand how you use this website. These cookies will be stored in your browser only with your consent. You also have the option to opt-out of these cookies. But opting out of some of these cookies may affect your browsing experience.
Necessary Always Enabled
Necessary cookies are absolutely essential for the website to function properly. These cookies ensure basic functionalities and security features of the website, anonymously.
Functional
Functional cookies help to perform certain functionalities like sharing the content of the website on social media platforms, collect feedbacks, and other third-party features.
Performance
Performance cookies are used to understand and analyze the key performance indexes of the website which helps in delivering a better user experience for the visitors.
Analytics
Analytical cookies are used to understand how visitors interact with the website. These cookies help provide information on metrics the number of visitors, bounce rate, traffic source, etc.
Advertisement
Advertisement cookies are used to provide visitors with relevant ads and marketing campaigns. These cookies track visitors across websites and collect information to provide customized ads.
Others
Other uncategorized cookies are those that are being analyzed and have not been classified into a category as yet.
SAVE & ACCEPT
wpDiscuz
0
0
Would love your thoughts, please comment.x
()
x
| Reply