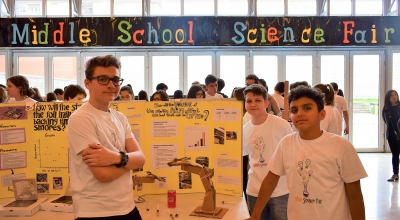 This year was the 10th Anniversary of NOVA’s Science Fair, a full decade of scientific research by students who were daring and inquisitive.

Students were researching topics from the previous ten years, such as: In the World of Machines and Inventions, Science is Music – Music is Science, Exercise and Sports in Science, Good Health is Above Wealth, Explore the Earth, Ecology: Go Green Nova Team – water and soil pollution, Go Green Breathe Clean - air pollution, and Famous Scientists and their Inventions.

Students were investigating their scientific questions carefully following the steps of the scientific method, and preparing to publicly share their findings.