Getting the Most out of Web-Based MAP by Lance Atchison

Migrated to Web-based MAP? Are you curious to know what has changed in the new platform? Come to this informational session to guide you through the logistical changes. This non-instructional session will focus on proctoring, system preferences, managing test sessions, and other frequently asked questions such as how to disable the RIT score displaying after a student tests. Not sure? Come to this session to learn how to do this and many other valuable tips. 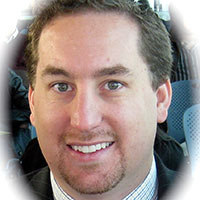 Lance Atchison graduated in 2000 with a BS in Integrated Marketing Communications from Abilene Christian University in Abilene, Texas.

Lance Atchison graduated in 2000 with a BS in Integrated Marketing Communications from Abilene Christian University in Abilene, Texas.  Upon graduation he began his professional career in radio and television with Clear Channel Communications.

In August 2005 after a near fatal car wreck, Lance left his career and moved to Mariupul, Ukraine.  There he worked as a House Parent and Mentor to Ukrainian orphans in a Transitional Living Center.  The goal was to teach and prepare the children, who recently graduated from the orphanage, for independently living as adults upon completion of trade school.  During his three years, Lance worked with hundreds of orphans and even began a weekly Bible study at the local orphanage.  It was during these weekly Bible lessons he met a boy who would later become his son.

After marrying in 2009, Lance and his wife had to unexpectedly return to the US in 2009.  It was upon his return Lance landed a role as Implementation Specialist at Northwest Evaluation Association (NWEA).  With his recent overseas experience, Lance became one of two specialist dedicated to NWEA’s international partners.  If you’re an international school that uses MAP, it is likely Lance was your implementation specialist.  In 2012, Lance joined the international team and NWEA and now serves as the Account Executive for Eastern Europe (CEESA) and Asia (EARCOS).

Lance is happily married to Debra Reymundo Atchison and they have 3 adopted children from Ukraine.